Are you more attracted to the forest or the sea?  This question invites us to separate these two worlds, but are these ecosystems really so different? This is the question that Planète Urgence, an association for the preservation and restoration of forests, has chosen to answer in partnership with Surfrider Foundation Europe, an association for the preservation of the ocean.  Discover in this article their similarities and differences to better understand and preserve them.

Our planet captures 50% of atmospheric CO2 emissions through natural carbon sinks, including oceans and forests. A carbon sink is a natural or artificial reservoir that absorbs CO2 emissions from the atmosphere and stores them over the long term.

The carbon sink that forests represent functions mainly through photosynthesis. This phenomenon is a biochemical reaction in plants that uses the sun’s energy to fix CO2 in the form of organic matter. Thus, the organic biomass (roots, leaves, trunk) stores carbon. Deforestation therefore reduces this biomass and, if the trees are burned, they release into the atmosphere the CO2 stored during their growth.   The Ocean also uses the phenomenon of photosynthesis, and stores nearly 30% of GHGs (the main one being CO₂). Phytoplankton, also known as the “forest of the sea”, is a microscopic algae that absorbs atmospheric CO2, then dies, falls to the bottom of the Ocean, and sequesters the carbon in the depths.

The Ocean also acts as a physical-chemical pump that absorbs and dissolves some atmospheric CO₂ during the constant exchanges that take place between the Ocean’s surface and the atmosphere.

These two ecosystems therefore play an important role in the capture of greenhouse gases and actively participate in curbing climate change.    The ocean covers 70% of the surface of our planet and is essential in the process of climate regulation. Thanks to the numerous currents that flow through it, the so-called “ocean conveyor belt” distributes and circulates water masses across the globe, allowing for the regulation of both water and land temperatures.

Beyond carbon storage, these two ecosystems play a major role in protecting and adapting to the effects of climate change.   Take the example of the coastline – the first line of defense during tsunamis or flooding waves. Coral reefs can absorb up to 90% of the force of a wave’s impact and act as bulwarks against sea level rise, erosion and natural disasters.

Mangroves are the direct link between the ocean and the forest, as they are nicknamed “the forest of the sea”. Mangrove forests are tropical forests, whose roots are immersed in the sea, and develop under difficult living conditions. Mangroves are located in tropical and subtropical areas, mainly in Africa (except South Africa), Southeast Asia and part of America (from Florida to Brazil). These mangrove forests have an essential role during extreme climatic events such as tsunamis because they form a natural barrier against rising waters and play a crucial role of “buffer” between land and sea. A study in the scientific journal Science indicates that 30 coastal trees per 100 square meters can reduce the flow of a tsunami by up to 90%.

Forests and oceans: the world’s home to biodiversity

In addition to being essential to climate regulation through their ability to absorb carbon, forests and oceans are living spaces with a rich biodiversity that also plays its role in sustaining life on Earth. Biodiversity can be described as the variety and variability of living organisms and the ecosystems in which they live.

The ocean has 280,000 species and remains a largely unexplored area. In fact, it is estimated that it could be home to up to 10 million different species if we explored it fully. In 2020, researchers discovered a new species of crustacean at 6,900 meters from the surface in the Mariana Trench, the deepest place in the world currently recorded. Although recently discovered, this species of barely one centimeter already bore the stigma of plastic pollution since the researchers discovered a microplastic in the intestine of one of these crustaceans. To raise awareness of the impact of plastic on marine biodiversity, the species was named “Eurythenes plasticus”.

Forests are the natural habitat of 80% of amphibian species, 75% of bird species and 68% of mammal species, and are home to 80% of the world’s terrestrial biodiversity (Wilson, 1992).

Again, many of the species living in this ecosystem are still unknown to humans. Recently, in the tropical forests of northeastern Madagascar, scientists discovered a new species of chameleon the size of a sunflower seed. Named Brookesia nana (or B. nana), this species would be the smallest reptile in the world.

The discovery of such a small reptile highlights the incredible biodiversity of the forests of Madagascar, which is unfortunately largely endangered. This new species should soon join the list of critically endangered species.

Forests and oceans are therefore the largest reservoirs of biodiversity, but also reservoirs that are extremely fragile due to human activities, as shown in the previous examples.

The IUCN (International Union for Conservation of Nature) Red List is the world inventory of the conservation status of plant and animal species.

In its last edition, the World Red List classified 40,084 species as threatened out of 142,577 recorded in the world, i.e. about 30% of the total species! Among these species, we can find animals and ecosystems living in the ocean: the blue whale, the sunfish or the organ coral. But also species living in the forests: the Java rhinoceros, the red panda or the Borneo nose monkey.

Products from human activities discharged into the ocean and forests pollute and have many consequences on their ecosystems.

The example of plastic pollution is alarming : with 8 million tonnes dumped into the ocean each year, the consequences are numerous and devastating. Plastic insinuates itself into all aspects of our lives and makes terrestrial and marine ecosystems already weakened by climate change even more vulnerable. It is estimated that 90% of seabirds have plastic fragments in their stomachs. All this waste from human activities directly impacts wildlife, can lead to injuries, and in many cases premature death.

Plastic waste sometimes turns into plastic microparticles which, like pesticides, disperse toxic materials that are dangerous for animals and terrestrial and aquatic ecosystems, but also for humans. Harmful chemicals can be released from the plastic into the surrounding soil, which then infiltrate into groundwater or other surrounding water sources.

These microplastics can be found in the form of fragments, which once in nature will pollute, not only because of the ingredients that compose them, but also because of to their absorbent property similar to a sponge which can recover and transport chemical and toxic substances.

80% of ocean pollution comes from rivers. To reduce plastic pollution at the source it is therefore necessary to position ourselves upstream to understand and avoid it. With the Plastic Origins project, Surfrider wants to combine participatory science and artificial intelligence to study this pollution which begins on land, before flowing into the sea. Knowing and understanding the origin and distribution of waste in waterways allows us to target directly priority action areas and act locally to put an end to it. This citizen gesture possible thanks to an application shows once again the need to rethink our production and our consumption of plastic, which always ends up where it should not: in our forests, the bed of our rivers and our oceans.

Mangroves, these forests between land and sea, are particularly affected by pollution due to human activities, since they are subject to both the simultaneous pollution suffered by the forests and the seas. In Cameroon, it is not uncommon to find hydrocarbons in the mangroves (globally, the quantity of hydrocarbons introduced into the oceans by human activity is estimated at six million tons per year) but also plastic bottles and other human waste. This is why it is necessary to put in place natural barriers against plastic to protect mangrove plantations, as Planète Urgence’s teams can do in Indonesia.

Every day, in addition to polluting, human activities overuse nature. This is why for a few years, to bring these excesses to light, we have been talking about the day of the overshoot. It is calculated by the NGO Global Footprint Network and corresponds to the date of the year, from which humanity has consumed all the resources that the planet is capable of regenerating in one year.

Over the past 40 years, populations of marine species have declined by 39%. Overfishing is a key factor, since 29% of the world’s fish stocks are overexploited. (figures from the WWF fish forward project – 2015/2017).

The overexploitation of wood is mainly linked to the eruption of illegal wood. According to a 2010 WWF study, 23% of forest products imported into Europe are presumed to be of illegal origin.

Forests and oceans: Preserving them is urgent

“If the world is within you, I would put myself in the shade of your forest and bathe in the ocean of your heart…”  – Descrea

Forests and oceans are therefore both ecosystems that are essential for the fight against global warming and the survival of biodiversity and human beings.

Understanding them, knowing their vulnerabilities and the causes of their endangerment is essential for raising awareness to reduce as much as possible the negative impact caused by human activities. In the latest report of the IPCC (Intergovernmental Panel on Climate Change), experts presented a set of solutions called “climate resilient development” and reminded that the protection and restoration of ecosystems are essential.

“Climate risks can be reduced by empowering nature.” Moving towards solutions that respect and are inspired by nature is a necessity, not an option. In the long term, the cost they will generate will be lower compared to the costs of the consequences of climate change. If we do not react, it is those who are already the most vulnerable who will pay a heavy price, and in general no one will be spared.

We must adapt our lifestyles to limit the harmful effects of global warming as much as possible. The survival of entire ecosystems, on land and in our seas, depends on it. Some consequences are already irreversible, but it is still possible to act for a future in a livable world. For this, it is essential to limit global warming to 2°C, and we do not have three years to do so, we must act now.

Planète Urgence and Surfrider Europe are both committed to these two essential ecosystems: one for the preservation of forests and the other for the protection of the ocean. To learn more about their projects and how to support them click here: 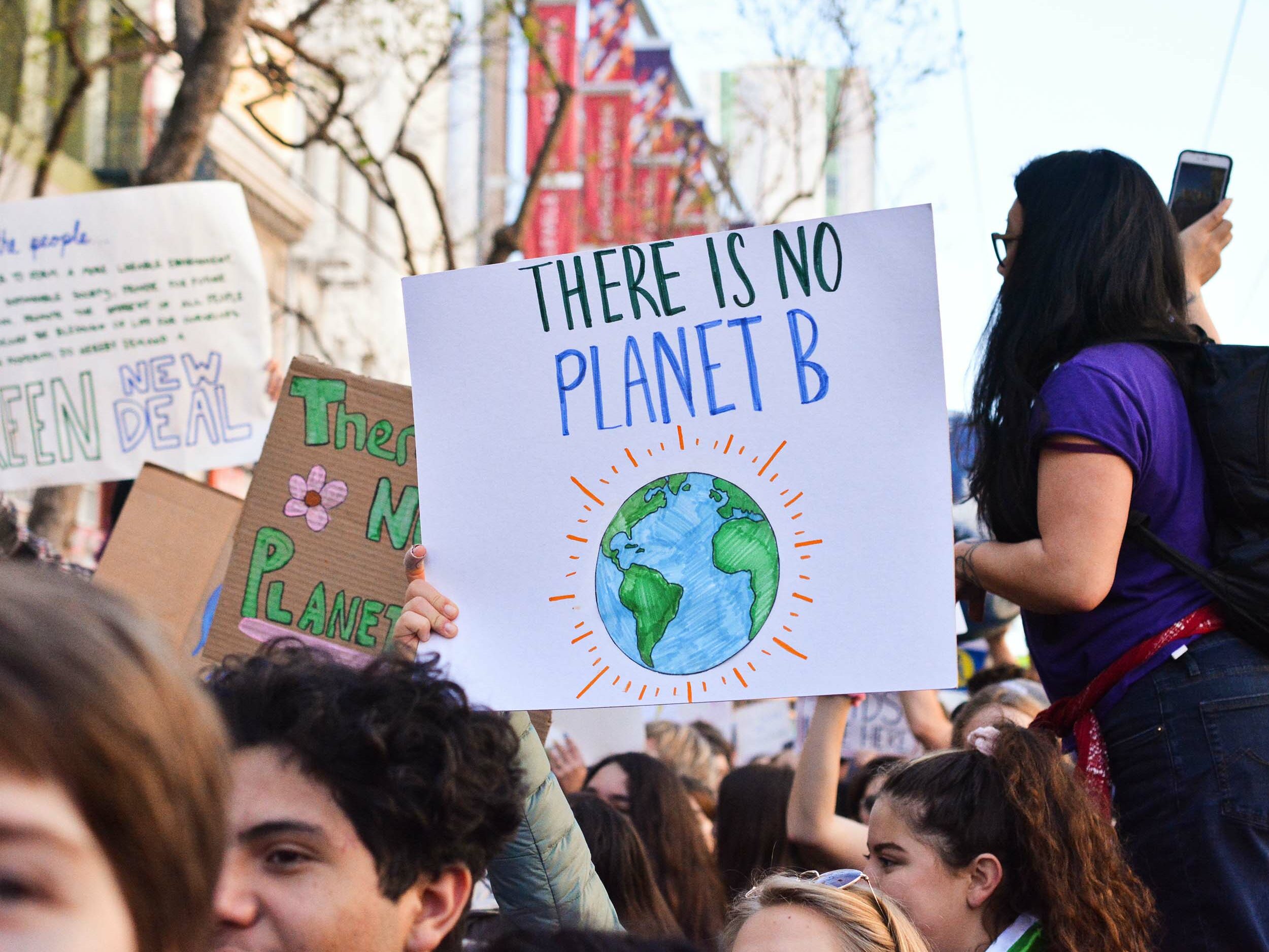 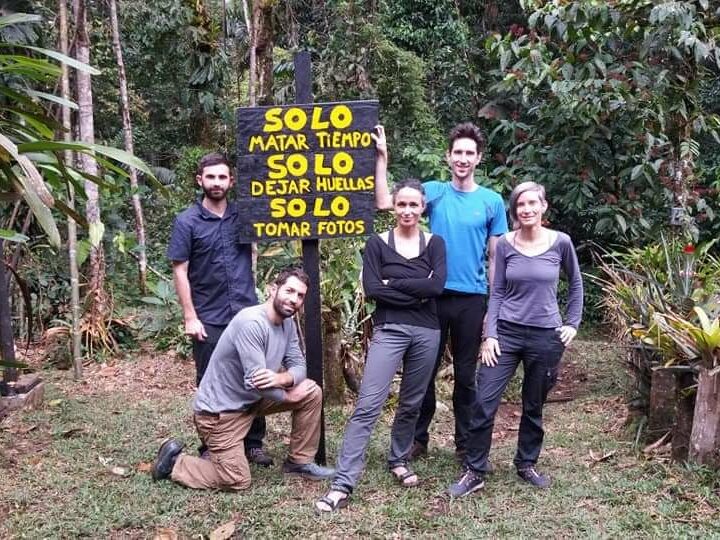 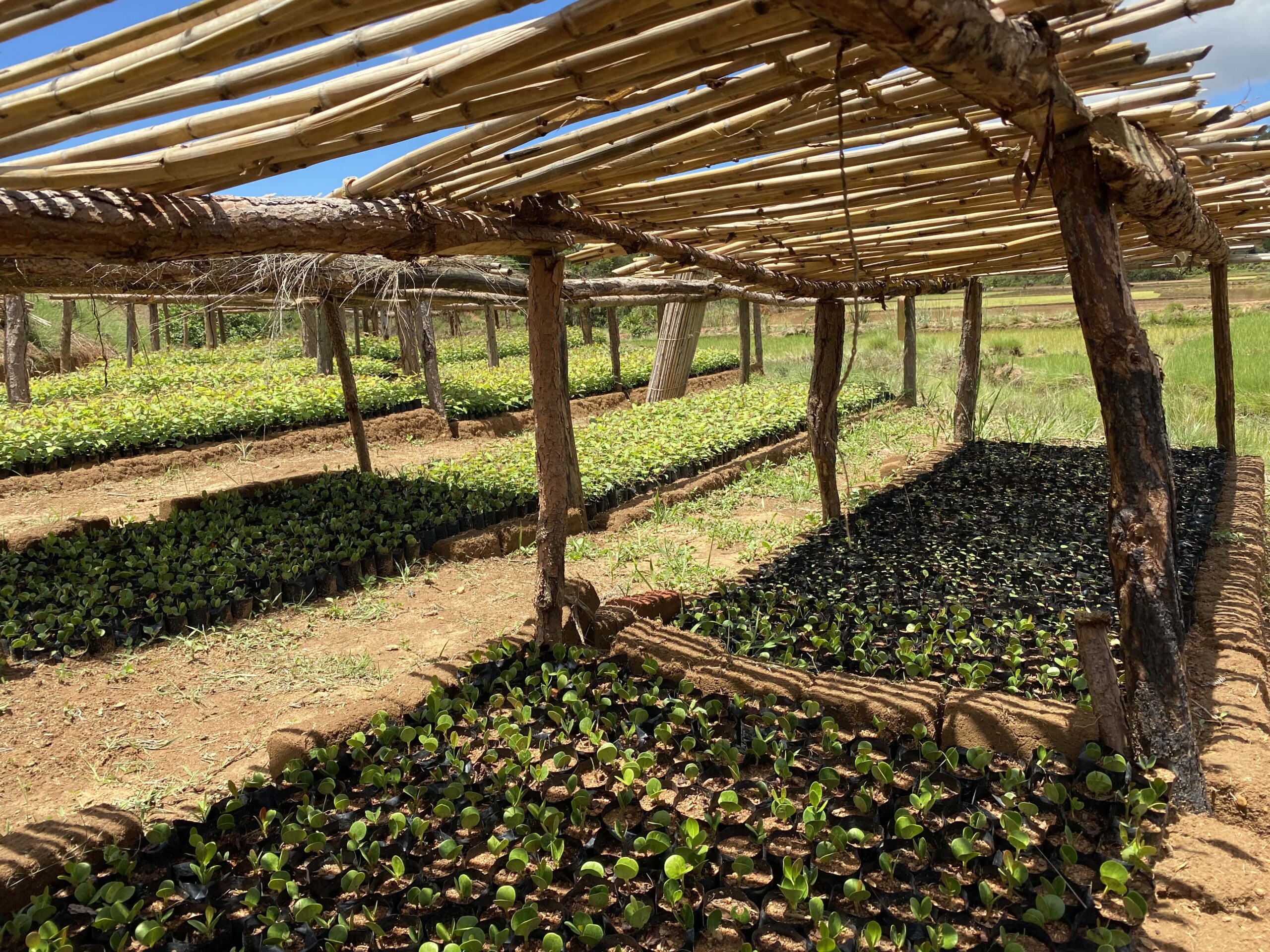